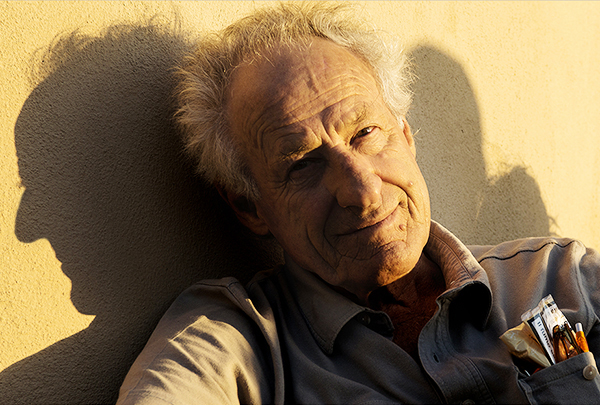 Romano Cagnoni is an international, award-winning photographer, known as one of the foremost photographers of the 20th century. His photographs have been featured on the cover and front page of nearly every significant news magazine and paper in Europe and the United States. He is most known for his documentary work of the wars and conflicts around the globe. Throughout his career he has delineated intellectually stimulating images of ourselves, the conditions that define our existence and our very hopes of transforming it.The first time he picked up a camera was in the early days after the war, assisting a local photographer to carry heavy equipment into the many sculptor studios of Pietrasanta. Never having opened a book of photography, he took photos of what he liked and began to sell portraits of beach-goers along the Tuscan seaside.

His professional career began when he moved to London in 1958. Not long thereafter, he met Simon Guttmann (who initiated Robert Capa into photography) and they began to work together to cover cultural subjects for quality papers. After having success with the campaign for the Labour Party when Harold Wilson became Prime Minister, Cagnoni along with James Cameron, were the first western non-communist journalist allowed into North Vietnam during the tumultuous years of the war and Life Magazine published, on the cover, the President Ho Chi Minh.

Cagnoni started to plan and produce world wide stories on his own. He covered Biafra, the civil war in Nigeria, which was published in large spreads on different issues in Life Magazine and earned him the USA Overseas Press Award, the Chile of Allende, with writer Graham Greene, the return of Peron in Argentina, The Yom Kippur war in Israel, the war in Cambodia, the war in Yugoslavia shot with a large format camera, The Chechen War, where he set up a studio during the fighting to photograph the warriors. And numerous other stories.

After living and working in London for thirty years, he returned to his home town of Pietrasanta, surrounded by the landscapes that shaped his youth. Finding the environment so changed, he began to photograph in and around the place of his birth. The series that resulted, “Upside Down Memories” is technically intriguing due to surfaces that seem to have been painted with multiple layers of colors and a certain rhythm of shapes that lead the viewer to believe Photoshop was used. However, the only help he needed in order to photograph these memories was the “phantom of painting”.

Most recently, Cagnoni is broadening the very concept of how one views photography. He is developing photographic structures, which he calls:  Electroluminescent bas-reliefs where the perception of reality is reconfigured, in an attempt to rearticulate traditional aesthetics and thereby establish an aesthetic that can respond to contemporary issues and circumstances.

Cagnoni has had more than 45 solo shows world wide, won many awards and published 16 books. He, along with Henry Cartier- Bresson, Bill Brandt, Don McCullin and Eugene Smith, was recently credited in the book, Pictures on a Page by the former Sunday Times editor, Harold Evans as being one of the most famous photographers in the world. 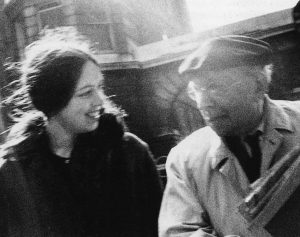 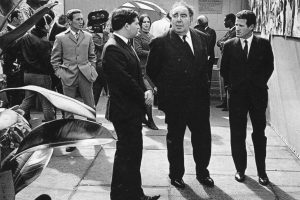 Exhibition of Biafra Mounted by The Spectator Magazine, London 1969,
In front: editor of The Spectator Magazine Nigel Lawson
(later Baron Lawson Chancellor of the Excequer in the Tatcher government),
Chairman of the Arts Council of Great Britain Lord Goodman and Romano Cagnoni.
On the background: Frederick Forsyth and Berenice Sydney Cagnoni 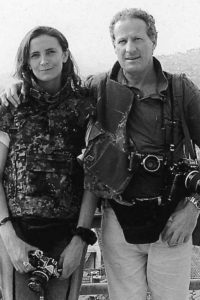