The Phenomenon of Life

The Phenomenon of Life is the first tribute exhibition dedicated to Romano Cagnoni, one of the best known photo-journalists in the world, who passed away in January of this year. The exhibition, curated by Benedetta Donato and Serena Del Soldato, aims to retrace, as never before, both the human and professional experiences of a Man who called himself a “total photographer”. As Cagnoni stated several times: “Total photography tells the story of man, the relationship with himself, with his neighbour and the society in which he lives”.

In this exhibition, the photographer’s vast body of work is approached through a careful selection of vital elements, which though far from exhaustive, offer a reading focusing on the most significant aspects of his work, so better to understand the photographer’s total output and approach. It is a question then both of a tension between and attitude to his subjects maintained by Cagnoni throughout, in seeking, in every dramatic event he focused on, a vision beyond any immediate reality presented.

Remaining faithful to the genre of photojournalism itself, in his own sharing of the fundamental importance of the image as information and its undeniable impact, his lens has always captured the full essence of the lives and situations he chose to photograph. Adopting the photographer’s own attitude then, the exhibition presents a careful selection of his major photographs, but accompanied by contact sheets too. So, in representing the photographer’s own selection of published photographs, but from a wide choice of images, making it possible to capture moments characterizing still illusive situations, and less known visual anecdotes too, in Cagnoni’s search for any particular shot. In short, his work in context.

The exhibition’s specific design aims to make the work of Romano Cagnoni even more closely known and understood, so famous for images that have now become part of the collective memory.  Like his shots in Biafra during Nigeria’s civil war, the portraits of President Ho Chi Minh in North Vietnam, or of New Guinea, where his poetic portrait of a pregnant girl walking on stilts is so immediately memorable. There is no photograph that does not tell its own truth, the result of a precise path of choices, driven by huge vivacity and great imagination, far from rhetoric too, and fueled by Cagnoni’s rare sense of vision and his search for the image that always arouses wonder. Photographs then that know how to speak of something connecting directly to the whole phenomenon of life.

“The best photograph for me is a human document of visual impact. Document in the sense that relates to existence.

Human because it tells the state of mind of the person and all of this must have a visual impact that makes it memorable”.

Being on the spot and choosing to tell reality through the faces and stories of men, managing to focus on their moods is the path taken by Romano Cagnoni, to reveal history in the course of changes and revolutions.

His narration of events is destined to irreversibly modify the order of the world – from the widely documented photojournalist – it becomes a succession of fragments capable of arousing amazement, when the point of view adopted moves the attention to the less obvious element, the most imperceptible, beyond the ordinary news chronicle. It is an innovative process that the photographer implements, communicating his own idea of reality and restoring it to a new unedited vision. A continuous challenge perpetrated on the field: from work on North Vietnam (1965), as a single western photographer to be admitted to the territory , to the award-winning reports in Biafra (1968-1970), among the first correspondents to document the phenomenon of starving children, of the masses who lost their individuality, of the oppressed who tried to emerge as a people of resistance; and again from Chile before the Coup at the hands of Pinochet (1971), to Argentina during the return of Peron (1972), to the revolution in Romania (1989) or to daring and never experienced productions, such as the preparation of unlikely sets in the fields of combat, to portray the Chechen guerrillas or the use of the optical bench, to bring back the destruction of the conflict in every single detail in the territories of the former Yugoslavia. 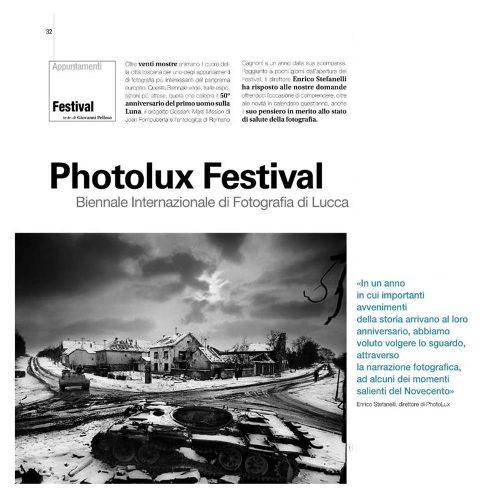