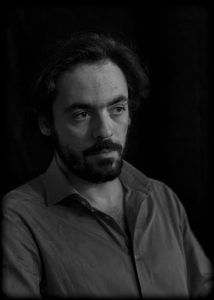 Bijanibiha is a long term project started in 2012 on women’s Palestinian resistance into the Gaza Strip.
Bijanibiha in Arabic means “by her side”.

This is a work by a male photojournalist documenting the conditions of the women into the Gaza Strip in times of change in the political game of the parties in the Palestinian Israeli matter. A resistance that from the front line has pervaded into the social fabric and that is now part of the everyday life, to fight back social annihilation and protect their dignity.

The Wretched and the Earth by Gabriele Cecconi
Perù a toxic state by Alessandro Cinque
The Emptying of the Andes by Emiliano Pinnizzotto
Forgotten Guerrero by Alfredo Bosco
Suspension by Stefano Morelli
Saving Orangutans by Alain Schroeder
War on drugs in the Philippines by Alberto Maretti
muGERes by Javier Fergo
Price of Milk by Ranita Roy
Bosnia: knocking on Europe’s door by Federico Scoppa
The The Horse is the Wings of it’s People by Heleen Peeters
Sanità by Ciro Battiloro